This is not a doll post but I know a lot of you have cats and dogs so I thought I would let you know about Luma's latest 'adventure'.

It all started very innocently with this beautiful bunch of red lilies which my darling husband bought as a birthday present for me.  We put them in a vase on the table in our living room, not realising how dangerous they were. 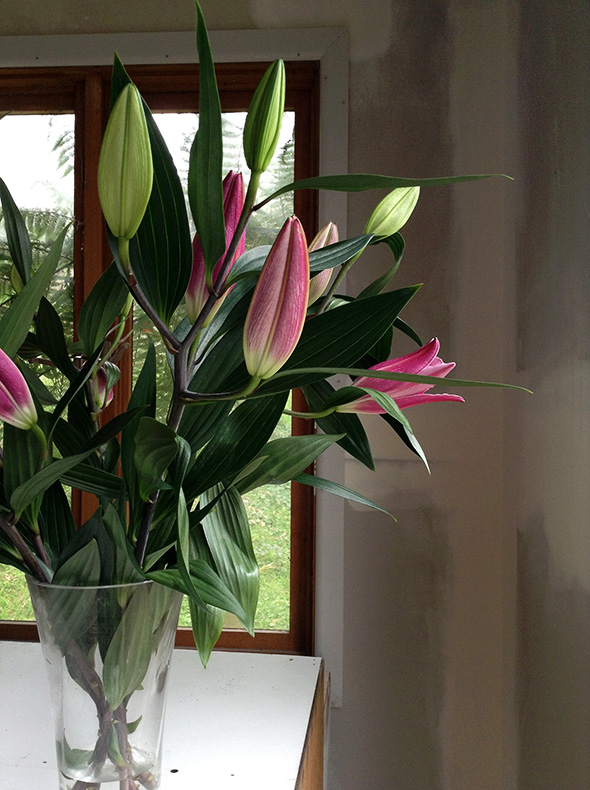 Luma is a very curious cat and she likes investigating new things.  So, later in the day, she jumped up onto the table and started sniffing and smelling them and playing around the vase.  Then she bit a leaf and nibbled off the end.

Fortunately, I was watching and saw her do it.  And also fortunately, I mentioned it to my husband and asked him to check if lilies were poisonous for cats.  (I don't know why I did - I am only very thankful that there was a small voice that made me check).  He did and said (very calmly), "They are toxic to cats" - and left it at that. OK - toxic - I decided I should check it out.

I did a Google search for lilies and cats.  The first website I read was an American vet website and the second was an Australian vet website.  They both said the same thing and the American website had a list of symptoms to look for which ended with 'death'.  All lilies - oriental, peace, Christmas, Easter, tiger, daylilies - are extremely poisonous for cats and that includes all parts of the lily -stems, leaves, petals, pollen, stamens, even the water in the vase. The toxin causes kidney damage and can cause acute kidney failure which is fatal.  The websites all said to take the cat to the vet as soon as possible.  The main treatment is to flush the kidneys with lots of fluid (in a drip) to push the poison through the system as quickly as possible.

We phoned the local 24 hour vet and were told to bring her in immediately.  So we took her, in her basket, straight to the vet. 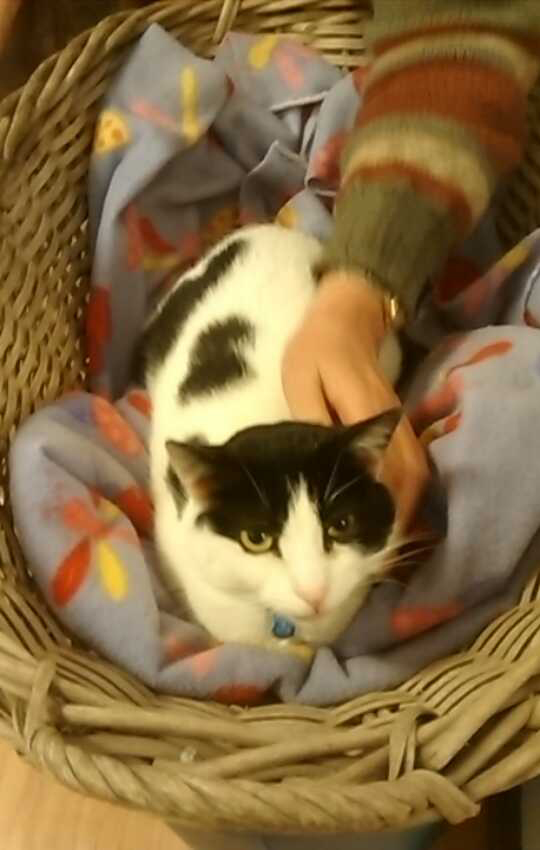 The vet kept her in her basket as she was so settled and she was put on a drip straight away for that night.  The next day we took her to our own vet (our local vets help each other out but don't poach each others' patients) who did a blood test and put her back on a drip for another 2 days.  Then she had another blood test before she was allowed to come home.  Two days later she had another blood test.  All were fine.

However, it could have been very different.  We were told that cats usually get poisoned when the pollen drops on their fur.  They clean it off and no-one knows they have been poisoned so they don't get taken to the vet until the first symptoms show and that means their kidneys are already being damaged.  They get the same treatment as Luma but because the poison is already affecting their kidneys,  their kidneys usually fail and then repair to some extent.  They are generally left with some kidney damage and the question is just how much damage.

I think we actually got Luma treated before the poison ever reached her kidneys because her kidneys never stopped working.  So our extremely lucky cat has NO kidney damage - and probably wonders what all the fuss was about.  All the vets are very happy about that although our local vets seem a bit surprised - I don't think they have ever had a cat survive with no damage before. And they are convinced that she is fine because we got her treated so quickly.  The fact that she is a young cat also helped.

They also said it was unusual for a cat to actually eat a leaf.  That is usually what dogs do.  However, these types of lilies are not toxic to dogs as they are for cats.

Luma is back to her happy, curious self 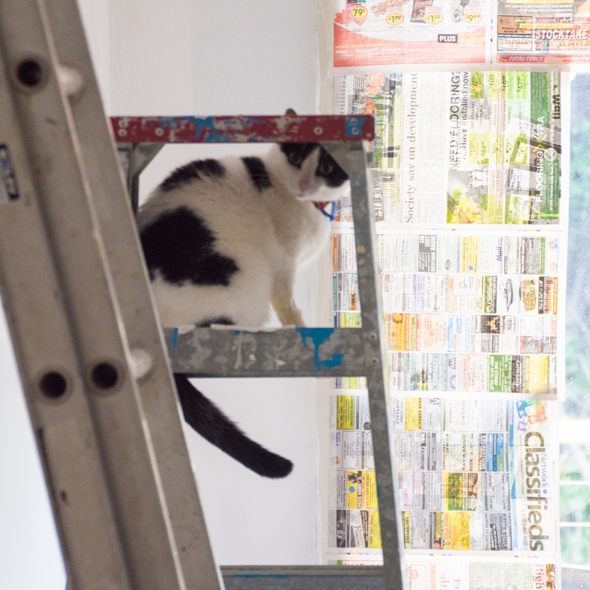 and we have decided that only super-safe plants will now be allowed inside our house as she will probably nibble them.
Posted by Carrickters at 9:05 PM